How brand activism can make
your business stand out 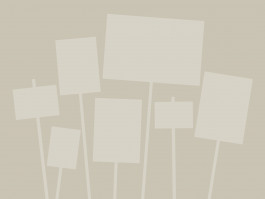 Sustainable companies are basically everywhere in the world. They might still be smaller than their mainstream competitors, but the world is changing in front of our eyes – both in terms of the revenue flows and the change in market share. When Apple revolutionized the telecommunications industry, no one thought there was anything that could disrupt Nokia's strong standing. But they did – by thinking (and acting) different.

We see a growing number of individuals and responsible consumers rethinking their choices. They’re starting to realize they have the power to change something – not necessarily by buying sustainable products from sustainable companies, but by giving their money to companies who do more with that money than “just” producing sustainably. We’re sure consumers will do so until the green option is not only an option but the new normal and becomes the biggest market share owner.

Have you seen the ads that motivate consumers to become more politically active?

While some see PR and marketing as a way to distract consumers and cover up the old way of doing business, more and more brands are realizing the time is right to engage people in brand activism. Sure, there are pitfalls, too: Whereas “greenwashing” describes false promises to get a green image, “bluewashing” is becoming more and more common as companies join social initiatives like the United Nations “Global Compact” but don’t act accordingly  so it’s not binding. You need more than a label to make you look credible.

It’s better to follow the good examples and look at brands like the Leipzig-based the nu company. Recently, they launched a massive, Germany-wide campaign publicly calling out Julia Klöckner, Germany’s Federal Minister of Food, Agriculture and Consumer Protection, for acting in the interest of lobbyists instead of the public who voted for her. You also might have heard about the scandal when she thanked Marc Aurel Boersch from Nestlé for the great collaboration. Also, fritz kola has been politically active for years now – and it’s been working to their advantage when you consider their growing popularity and revenue.

Every individual makes a difference, and every business does, to

Believe it or not, the public favors those campaigns and is surprised but mostly happy that a company is using their media budget to not only advertise their product but to speak up for the values they stand for. Especially in times like these, a brand with a strong opinion is much needed and much wanted to guide (ethical) consumers through turbulent waters.

If you’re ready to do the same and want to take a stand, let’s work together! We can help you find your businesses’ purpose when it comes to sustainability and then develop an authentic strategy for making sustainability a core element of your business, getting all stakeholders on board, and working out how to best communicate it.

Employees, as much as consumers, should know that you’re interested in amplifying their demands, using your power for a good cause. Raise your voice and start taking actions to show that you’re an ally in people’s fight for climate action. You don’t want to be the last one joining this mission. And we can help make that journey less scary.