Feeding the city: how growing greens can reactivate an urban environment 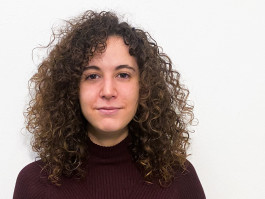 Sharing food brings people together in every culture. But what if we started considering growing food a tool for connection, too? I believe it’s a practice with a strong potential for redesigning the urban experience and increasing people’s sense of belonging to spaces they passively experience every day.

Moreover, how to increase the adaptation of big cities to the rapidly occurring changes and the necessity to ease the pressure of the countryside are well-known topics.

But how can we match the particular features of the urban environment with the most effective way to achieve both – an increase of food production and an occasion for social development?

The challenges of food production within city limits

To be fair, growing food inside the city limits is something that already happens in the global south and the global north of the world, mostly in an informal way.

With the raising awareness toward issues such as the increase of waste, consumption, pollution, attenuation of overbuilding but also the growing interest in ethical ways of living, we’ve observed an upswing in the interest in production processes.

Anyway, urban agriculture – as this trend is usually called – is tricky to depict because so many different purposes and practices fall under it.

Developing profitable agricultural businesses is challenging due to the unsustainable cost of building land. The best way to realize these businesses is to find creative ways to use space: It can be temporary, like the hydroponic farms built in mobile containers, or more permanent, like using rooftops extensively, a common practice in cities such as New York and Chicago. Another good example of exploitation of an unimaginable space is the use of  abandoned underground tunnels, like Growing Underground in London. It’s clear how all of these solutions work very well in terms of production but are not as strong when it comes to interacting with their surroundings.

On the other hand, most of the ongoing projects have a more social and educational purpose; by exploiting these aspects, they indirectly increase the value of the environment they’re inserted into.

Projects with this second aim are often able to survive and grow because they’re spatially and functionally flexible and ready to change when the circumstances require them to.

The transformative and multidisciplinary nature of agricultural projects makes them an integral part of the metabolism of a neighborhood, while strengthening community bonds. One of my favorite, successful examples is here in Berlin: the Prinzessinnengarten, an urban garden with an outdoor restaurant, which was originally located on an abandoned plot next to a large intersection in Kreuzberg. Because of real estate speculation, the area was sold and the volunteers moved all the plants, setting up two locations in other parts of the city where they incorporate horticulture, a cafè, educational classes, and workshops.

But here’s the point: The spontaneity of the interventions make such spaces so impactful because they’re able to escape from pre-established institutional systems while attracting like-minded people independently of where they are within city borders.

The risk of having to move has led to the conception of temporary urban greenhouses, which, by using hydroponic technology of production, allow protected and sustainable cultivation in man-made environments. Don’t forget many of these projects exist on deprived and polluted soil, so they need to use tools and systems that protect the quality of the food. However,  setting up such projects within city borders enhances the potential of narrow interstices in the city centers by exploiting the possibilities offered by the use of innovative farming methods. Urban gardens act as an informal neighborhood landmark, a third space, that makes agriculture an integral part of urban space.

At this point, while urban agricultural projects are popular, they are not as common as they could be. They might be small-scale and don’t provide produce for a community; however, if repeated in many different corners, they could become part of a networked system of microcells, tackling a large-scale problem as the sum of multiple, performing small-scale interventions.

Obviously, in order to succeed, they have to be developed independent from the surrounding environment. However, to encourage expansion of small urban gardens that allow people to meet and learn more about their foods, there would also need to be a policy that requires empty lots to be given to urban gardeners – even if only for a temporary duration.

Co-living with agriculture in urban everyday life would raise awareness about the contemporary issue of feeding a growing urban population in the healthiest possible way.

Ottavia Ballardini ponders sustainable lifestyles in an urbanized world. Born and raised in the Italian countryside, she combines her insights from her upbringing with architectural expertise gained during her studies at the University of Ferrara. She loves to observe how movements shape spaces, and she’s curious about depicting them for a better understanding of city flows.