Greenwashing: how to read a company’s answer to your critical question 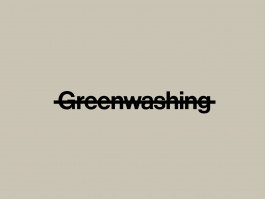 First, the company will most likely acknowledge the existence of the issue you’ve raised. In a way, they’ll normalize the problem. Take, for example, the use of eggs in consumer products – you’ll most likely read how they understand and appreciate your worry about animal welfare

Then, the company will point to all the things they already do that are supposedly related to the issue you’ve just raised. They’ll highlight the company’s engagement and progress in various areas. They’ll point to certificates and labels they might have received. (It’s worth taking a second look at those as many companies often pay for these certifications. Here’s an overview of the different labels and what they mean compiled by the German Bundesamt.

Then, they might disclose the solution related to the issue you’ve raised. They might point to a law that handles that issue yet might not specifically apply to their case. In the case of eggs, it might be the EiMarkt.

Depending on how critical the issue is for them as a business, they might also be involved in lobbying to allow for such loopholes. To get back to the egg example: That law only applies to eggs that are sold as such to the end consumers. It doesn’t apply to eggs used in processed goods.

Last but not least, they’ll most likely not give you a date or some sort of a deadline by when things will change (if they even suggest a change), simply because such a deadline would make them accountable. Besides, the person answering your questions is hardly ever the person able to make such a change. It might even be someone who’s working for an external agency, and your comment never gets raised to anyone beyond the marketing team they report to.

And then? It’s best to look for an alternative product for your personal use, which would mean that if you’re buying processed foods, they’re ideally vegan.

If you care enough to do something about the issue, we suggest joining a community of like-minded people. You can also financially support NGOs that are already working on mitigating an issue, or you can of course use your social media reach and start a petition to fight the issue on a more political level.