In memory of a white Christmas 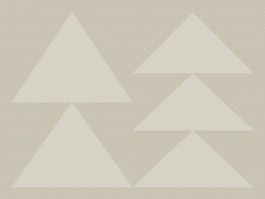 I was always  fascinated with what people ate for Christmas. Growing up in the Czech Republic where every single household seems to eat the same thing on the 24th of December, I was surprised that the way we celebrate Christmas is not universal.

As a child if I asked anyone in school what they had for dinner, they’d say they either ate pea or fish soup and then they had carp with potato salad. After dinner, the bell rang and we’d go to the living room where there would be presents from Baby Jesus (Ježíšek) under the Christmas tree. All children in (my) school had this very same experience.

When I moved to Austria at the age of 14 and asked what people ate for Christmas, I realized my new friends didn’t have such strict Christmas procedures. Some ate fondue, others had raclette, some people ate goose with red cabbage and dumplings. It was surprising to me because I was brought up with the idea that, on Christmas Eve, no one eats meat.

There was this one night I remember so clearly.

I was 19 and was just visiting my best friend from elementary school who ran off to Italy when she turned 19. It was my first time away from home for Christmas. The streets were sparkling. People were cheerful. The streets were busy. It was the evening of the 24th. And I asked my friend: “How come so many people are out and about? Shouldn’t they be with their families?” Erika responded: “Oh, no, they all celebrate tomorrow.”

I was hooked on what Christmas meant to us, personally and culturally. I was fascinated by the idea of Christmas and how it’s possible that most people in Eastern Europe celebrate in the same way, while others have completely different traditions.

This year, this very same fascination overcame me once again. While I hosted a British-inspired Christmas Eve for friends and dished up a roast with a ton of different side dishes, placed crackers on the table, wore ridiculous crowns, and drank mulled wine all night, for others Christmas looked very different than what they’re used to. With so many people not able to see their families, many celebrated in a small circle and probably ate something very untraditional for the first time. Some had risotto as their main. Others served Middle Eastern food. In the new context of Christmas, suddenly people had to create their own traditions.

For me personally, my Christmas in Britain was my favorite one. I was 21 when I spent Christmas with my guest family in the UK. On the 24th, I had my first date with James. The pubs were busy that night. And I got to explain to him how I’d usually celebrate Christmas, and he told me that, because most people came home for the holidays, everyone’s out on the 24th to see old friends and then with their families on the 25th.

The next day, I woke up because my aupair kids were excitedly shouting about what they found under the Christmas tree. We then had a Christmas roast and for the first time, I got to open a cracker and wear a silly paper crown for the rest of the day while playing board games with my guest family. I loved every second of it. And I swore to myself that once I had my own family I’d make it a thing to dedicate Christmas to the different Christmas traditions so my kids would grow up acknowledging the variety of this world.

I like traditions a lot. They tell us so much about people’s culture and how they became the people they are today.

I also think about traditions a lot. Mostly in the context of seeing the world change so rapidly in front of our eyes.

When I was little, it was normal to walk around in snow.

Nowadays, do you even remember white Christmas? It’s almost like a dazy memory from another life. When I was little, we’d go to the city center and buy carp from a local fisherman. Nowadays, most people order their Christmas fish or meat at the supermarket without any idea where their meat comes from, often not even daring to ask – which is why our entire Christmas meal was vegan, the roast made from seitan.

I find it fascinating to see how much we get hung up on how our parents, grandparents, and even earlier generations did something and how much we’re trying to honor their tradition and do things the same way. Despite living in a world that’s so different from theirs.

The growing world population, the rapidly changing climate, the acidification of oceans, the bush fires are all clear signs of things having to change; nevertheless, we often stick to how we, our parents, and grandparents have done things for decades, if not centuries. How do we celebrate honoring traditions in our contemporary reality of living in big cities, mostly not even knowing our neighbors?

There’s no regular debate about modernizing cultural traditions. The one I can think of is the Dutch Zwarte Piet, whose blackened face is now considered racist and thus outdated. It’s a nationwide battle between people who are working on updating the looks of Zwarte Piet and people who’re strictly against changing anything because they want things to stay just how they’ve always been. Yet...at what cost?

Christmas during COVID-19 has taught us that while things had to be different that *the different* was also pleasant in many ways. I’m not sure it will inspire us to reconsider how we go about habits and traditions in a more meaningful way, but I just wanted to share that thought and invite you to think about it – I’d like you to consider what habits are worthy of keeping in the new decade and what’s simply better off as a dazy memory. And maybe, in a distant future, we’ll get a white Christmas. I definitely miss that.