The systems we live in: What is systemic design? 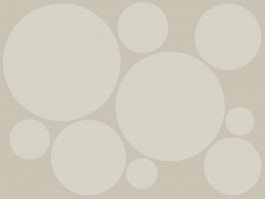 In today’s world, everything is connected – and those connected elements form systems. We all live in and are part of at least one system and usually even several systems at the same time: at home, in our neighborhood, in society, and, of course, in our workplace, too.

As designers, we think systematically. We believe that design can hold some of the answers to the pressing issues we’re facing today. Yet, there is no one-size-fits-all: Things are interconnected. We know that  “by doing something over here” we might change “something over there.” If smaller fixes aren’t enough to improve the current one, a new system has to be created and designed. Richard Buckminster Fuller, the visionary U.S. architect, an early environmental activist, and a pioneer in thinking globally, once said: “You never change things by fighting against the existing reality. To change something, build a new model that makes the old model obsolete.”

Three soft skills make designers strong in rethinking those systems as they practice:
1) synthesis by figuring out how elements become part of the bigger whole,
2) reflexivity by asking questions and pushing answers constantly further, and
3) creation by envisioning and realizing ideas.

Systemic design is not about design systems

Often, systemic design gets mixed up with design systems – but the two are quite different. Whereas the latter is mostly used in branding and user experience/user interface (UX/UI) design to describe a collection of design elements that can be assembled in near-infinite ways while still guaranteeing a consistent outcome, systemic design is less visual and more human-centered. Still, both are based on standards that need to be defined, understood, and adhered to.

Systemic design, on the other hand, means seeing the world in terms of connections and interactions and using design to learn through action in the moment. It’s about moving forward despite the turbulent times we live in. Design thinking was a first step in this direction. A first step to sparking innovation within business and social contexts through design concepts. But systemic design is not a clearly defined process and goes beyond a product or service that can be sold. It’s a tool to embrace ever-changing systems – for example, the company we work for. It can be used to create value and innovation by bringing diverse stakeholders toward a shared goal. Instead of creating a specific product, systemic design allows us to change mindsets and habits, break patterns, or rethink the culture of organizations and even societies.

Why systemic design is helping your business stay relevant and innovate

We probably all know it already, but let’s be clear: Our world is changing faster than ever before. Corporations are, too. According to a Foster and Kaplan analysis in 2001 (!), the average time a company remains on the S&P 500 Index has fallen from 65 years to about 10 years. Why, you might ask. Because of a trend called “creative destruction,” which is an explosive mix of globalization, disruptive technologies, ageing populations, wealth inequality, and the impacts of climate change. All this is not only happening on a global level but even as close to you and your everyday reality as your workplace.

If you and your business want to stand out, the times of “business as usual” are over. So far, you’ve probably held on to familiar approaches, linear processes, and divided organizations and analytic mindsets. Now it’s time for change – be prepared for a rollercoaster ride rather than a Sunday trip to the lake.

First of all: Rethink who you consult and collaborate with. Are they paying attention to context and the messy realities we live and work in? Do they see the connections and the relations rather than quantitative data and rationals? To survive in a world of disruption and disorder and to give guidance and security to the entities of your system – employees, customers, partners, suppliers – a different approach is much needed.

Today, everything is designed. Therefore, everything can be redesigned. This idea challenges us to look at everything in our world with new eyes so that we might see its design flaws. Design is a way of making intentional change even when there’s no clear and defined end state.

How do we start to change?

Overwhelmed by the complex world we live in, most people and businesses are in a state called analysis paralysis – also known as overthinking. A situation is sometimes quickly deemed too complicated, a decision never made, and no action taken. Desiring a perfect solution often ends in no solution at all. The good news: There are a lot of innovative and viable options solving many of our urgent problems already. And we can help you find them, make decisions, and start implementing and establishing new ways of doing things.

No matter how small a certain action or change in a current system seems, it might make a huge difference in the long run. If you want to start with your business or institution and make your workspace, your bank account, or your communication design sustainable, get in touch.